CLARIFY is the perfect enviroment to learn and be part of a revolutionary chapter in the history of pathology.

My name is Andrés. I’m the CLARIFY’s ESR12 at the Skin Cancer Research Group of the INCLIVA Biomedical Research Center and PhD student at the Universitat de València (Spain).

I studied Medicine at the Rosary University (Colegio Mayor de Nuestra Señora del Rosario) and made my residency in pathology in the University Foundation of Health Sciences (FUCS) in Bogota- Colombia. During my second year of residence in pathology at the University of Health Sciences Foundation (FUCS – San José Hospital) in Bogotá, Colombia, I was in charge of a case of difficult interpretation about a poorly differentiated hematolinfoid tumor which had more than 15 immunohistochemical markers. This topic seemed complicated (and it still seems to me) and I was feeling frustated for not having the answer. Therefore, in the midst of my anguish and speaking with a residence partner, we fantasized that there should be some kind of digital application which, when putting the results of the markers, would give the approximate diagnoses. It was when I told my partner, ̈ Let’s do it! 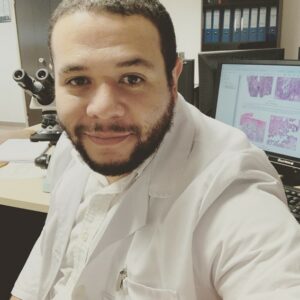 From that moment on, a search began about our idea and I realized that in addition to the fact that it already existed, there was a new branch of pathology called “Pathology Informatics and Digital Pathology”.

This new branch for me not only helped to systematize workflows in pathology laboratories, but there were robotic microscopes capable of scanning an entire glass slide with such resolution, that is able to simulate in a computer screen the image as a standard microscope. It was then that a great interest in this area began to grow and I applied for a special rotation in Pittsburgh PA, (USA) with one of the world leaders in Digital Pathology. During my stay we published an accepted poster at the international cytology congress about telecitology using cell blocks between China and the United States, I got the CEO of a scanner software to donate a camera and use his scanning program for histological slides for a year in Colombia. Also I got to be the leader of a telecitology project comparing two scanners to evaluate their interpretation among 14 Colombian pathologists with images sent from Pittsburgh, thus achieving the only work done in the country with so many pathologists using this technology (and surely one of the largest of Latinamerica).

In my work as a pathology teacher at the Sanitas University Foundation, I created the first Digital Pathology research seedbed in which in less than a year we have had publications accepted in international conferences and awards in competitions between seedbeds.

I have met pathologists and engineers from Latin America  with whom we empathize by having in common a glimpse of the magnitude that can be the use of artificial intelligence in histological digital images, such as prognostic biomarkers, quantitative results of human qualitative analysis and generate new histological classifications based on computational results among other things to improve the productivity of the pathologist in his working life. and Clarify is the perfect enviroment to learn and be part of this revolutionary chapter in the history of pathology.

València is a lovely city, and has so much historical background that inspires. In the laboratory, Dr. Carlos Monteagudo is my supervisor and I am really satisfied with his orientation besides his great knowlede in scientific investigations and dermathopatology. Every day we see dermpath slides and I have learn a lot from his experience but also I have a lot to learn too! 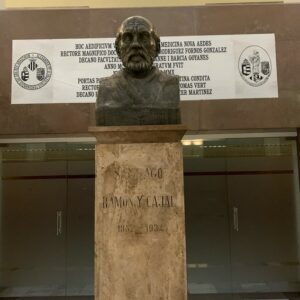 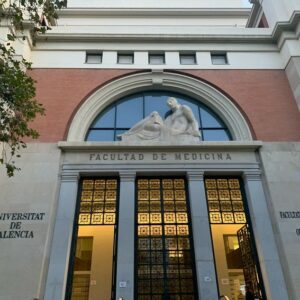 Exposed these reasons, I consider that with my knowledge regarding digital pathology, skills and enthusiasm, I am honored to be part of the Clarify Project and 100% positive to make a great scientific product in the Clarify Project.