What fascinates me about CLARIFY, is its vision, and specially the objective of making the most of the interdisciplinarity of its professionals for achieving a common goal, changing the future of healthcare and its merging with technology.

I am Claudio Fernandez Martín, a Spanish Telecommunications Engineer and Human-Computer Interaction specialist pursuing a PhD on the applications of Deep Learning in the diagnosis and prognosis of the Triple Negative Breast Cancer (TNBC) at the Polytechnic University of Valencia

I was born and raised in Valencia a city in the Mediterranean coast of Spain. I studied my Bachelor´s in Telecommunications Engineering at the Polytechnic University of Valencia (UPV) for three years. Then, I decided to do my fourth year of bachelor and my Bachelor Thesis at TUM, the Technical University of Munich in Germany as an Erasmus student where I wanted to learn more about Artificial Intelligence (AI). There, in the Chair of Media Technology of TUM I did my Bachelor Thesis which consisted of developing a Convolutional Neural Network for predicting Saliency in Virtual Reality (VR) 360º videos in real time.

After defending my Thesis in the UPV, where I graduated with special mention, I started a two-year double master’s degree in Human-Computer Interaction through EITDigital. Because of the structure of this unique programme, I had the opportunity to study in the University of Twente in Netherlands for the first year, and the second one at the KTH Royal Institute of Technology in Sweden.

In February 2021, I joined the CLARIFY project within the UPV’s team, specialists in Artificial Intelligence. The topic of my PhD is the “Significant feature extraction from WSI for diagnosis and prognosis of Triple Negative Breast Cancer”.

During my career as a student, I have always tried not to limit myself to the most theoreticalaspects of what I was studying, but wasalso finding applications in real-life scenarios where these could have an impacton people’s life. When I went to Munich for the last year of my Bachelor´s I discovered the field of Machine Learning which captivated me from the very first moment.

For these reasons I decided to start my master´s in Human-Computer Interaction, to be able to discover and study in-depth how humans interact with technology and how technology could change and shape people´s lives. During these two years, I conducted and participated in several studies and projects with a human-centered focus. These varied from evaluating the impact of social media in students´ mental health, to applying Machine Learning for emotion detection to electroencephalograms (EEGs) extracted from Brain-Computer Interfaces (BCI).

It was during these two years, where I found out a potential career development in applying Machine Learning to biometric data recorded from humans, as I started doing it in my Bachelor Thesis with eye-tracking data and later with EEG data. Therefore, when I encountered the opportunity of joining CLARIFY I did nothesitate for a second. CLARIFY represents all what I have been looking for, as it combinesinstitutions, doctors, professors, engineers and students with a common goalcreating a collaborative network between hospitals, universities, companies and research labs for automating the diagnosis and prognosis of three challenging cancer types. What fascinates me about CLARIFY, is its vision, and specially the objective of making the most of the interdisciplinarity of its professionals for achieving a common goal, changing the future of healthcare and its merging with technology. 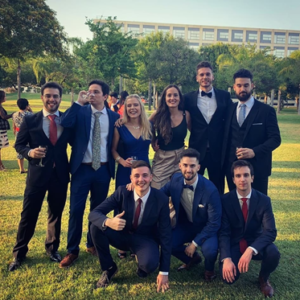 With my colleagues from UPV after graduation in Valencia, Spain 2019. 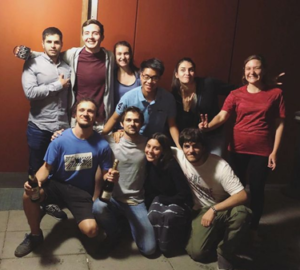 With my international friends in Munich, Germany 2019. 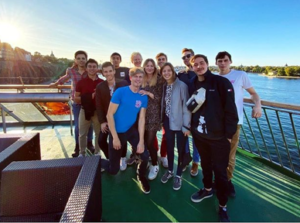 With my international friends in Stockholm, Sweden 2020.