I don´t think that AI would replace pathologists, instead it will improve their performance in the clinical practice. But pathologists who won´t adapt to AI will be replaced by the ones who will.

Major companies like KODAK or Blockbuster refused to adapt to the digital technology decades ago, and because of that wrong decision, they went bankrupt and no longer exist. Nowadays, Artificial intelligence (AI) is being part of the Health Care system, with large money investments and mayor human resource because of the potential results that are astonishing, surpassing even the human results at some point.

The question that not only pathologist but also many other health care professionals have is this one: “Are we going to be replaced by AI?”

Not only this is a comforting response, buy if you see the number of publications regarding AI in digital pathology have grown exponentially in the last decade even with the creation of journals dedicated exclusively to talking about this topic.

A more detailed survey was made to 718 responders in 91 countries divided in 5 sections (1) AI as a topic in pathology, (2) previous exposure to AI as a topic in general, (3) applications of AI in dermatopathology, (4) feelings and attitudes towards AI and (5) knowledge of technologies and self-reported demographics. Part of the results showed that respondent age did not affect the general attitude towards AI. Only 6.0% of the respondents agreed that human pathologists will be replaced by AI in the near future. Among the whole group, 72.3% agreed that AI will improve dermatopathology and 84.1% think AI should be part of medical education.

I have a great interest that my colleagues get familiarized with this subject and let them know how it can improve their clinical practice. That is why, when I have the chance in the meetings that I´m invited I emphazise in the great benefits that AI offers. For example, in November 2021 I had two conferences . One was called “Artificial Intelligence in Digital Pathology” and the other one was a conversatory with Laëtitia Launet (ESR7) called “Histopathology Image Analysis: Medical vs Informatics Perspective”in Keralty´s IA Health symposium Artificial intelligence: a transformation opportunity for health management.

As can you see, the importance of adapt to this inevitable chapter of pathology with AI is necessary. I don´t think that AI would replace pathologists, instead it will improve their performance in the clinical practice. But pathologists who won´t adapt to AI will be replaced by the ones who will. 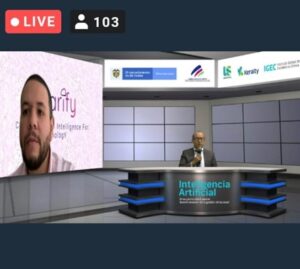 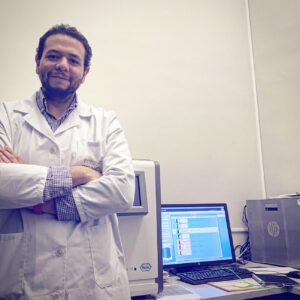